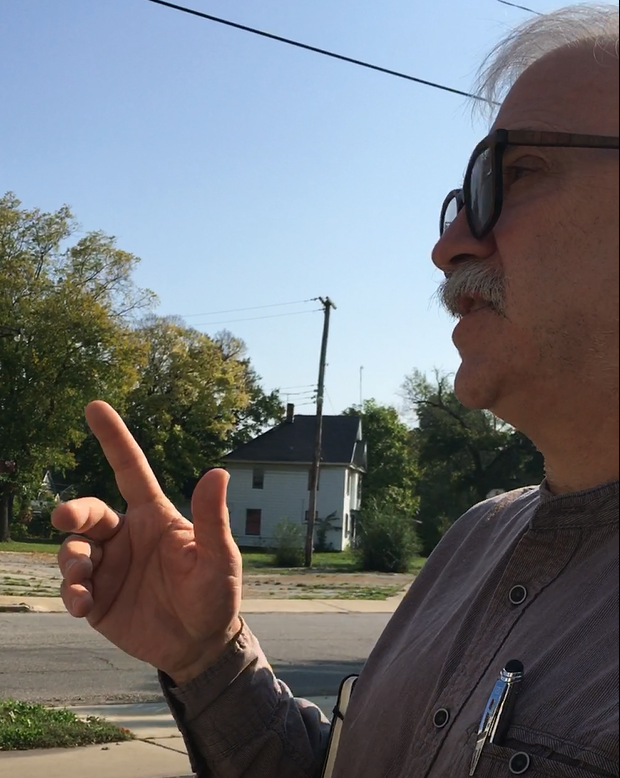 Longtime neighborhood resident and retired professor, Mike Keen, started with a small rehab. Then another. He helped a couple of Habitat Houses spring up nearby-the first new construction in his neighborhood in 40 years. Mike and his builder business partner experimented with prefab zero net energy houses so the occupant’s annual utility bills wouldn’t drag down their household income in a low income neighborhood. Two more sprang up. Now neighborhood residents have become small developers across the street and down the block. With a cluster of a dozen rehabs and new builds, the emerging coalition of neighborhood-focused small-scale developers commissioned Neil Heller to help make the case to city hall that it’s time to invest in the public infrastructure here to help more of this happen. “Every time a project wants to connect to the water line under the middle of the street, we incur costs because of the literally crumbling infrastructure. Rather than five property owner/redevelopers having to pay to make 5 new connections to a aging water main, we’re generating enough property tax value that we can justify a request to the mayor to invest in this street with a replacement water line so the next projects on the block don’t encounter the same problems and costs.

Neil’s analysis and tax projections of the new development already done and in the planning stage revealed $2 million of cumulative new property tax revenue to the city in 10 years. “With that kind of new tax base creation through neighborhood redevelopment, a city can easily justify an infrastructure upgrade. It literally pays for itself.” said Neil.