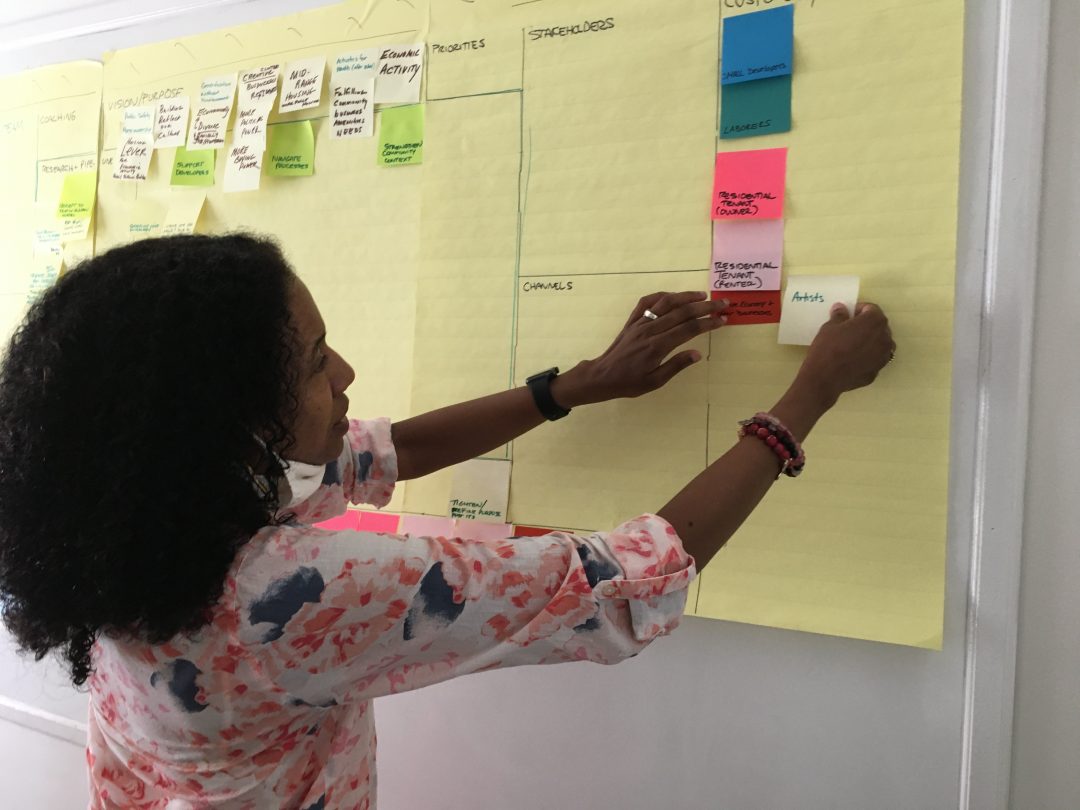 After spending almost a year attempting to  create another community revitalization Action Plan, the Lincoln Park Coast community development corporation thought about combining what others consider Planning with Implementation, rather than treating them as they and others in the field always have–as a sequence.

After experiencing some precarious ___ financial fallout from developments in the CDC’s portfolio dating many years back, it occurred to current staff and leadership that broadening the base of who was currently doing small development in their neighborhood might also be a good idea. Small projects with a diversity of small-scale developers could reduce risk, share benefits and proceed at a more sustainable rate rather than competing for affordable housing tax credits with larger and more complex projects.

With the goal of using about a half-dozen vacant residential infill properties pledged from the City to the CDC in recent years, LPCCD is organizing itself as a Small Development Counts! Master Development Team. As an agile team it has a Working Plan tailored to its own particular needs, goals and scale. “What we immediately liked about the Working Plan was its clarity as well as its comprehensiveness. We put in it everything we thought we needed to do–which can be overwhelming,” said Susan Austin, LPCCD’s Director of Development and Operations. “But the Plan allowed us to see everything at once, and the prioritization allowed us to see what needed to be done next. We weren’t overwhelmed with the detail…but we didn’t’ lose it either. We managed exactly when we took on each piece of work according to the priorities our leadership helped set.”